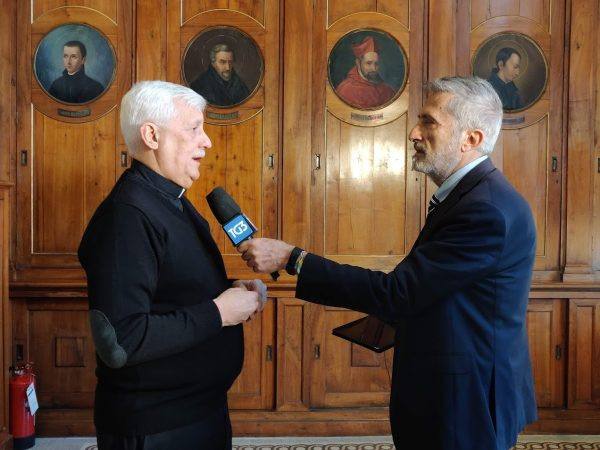 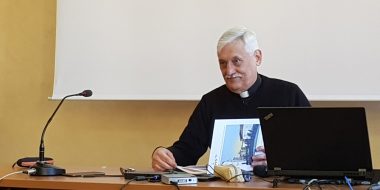 Today at noon the Superior General of the Society of Jesus (Jesuits) Fr Arturo Sosa SJ, announced the four Universal Apostolic Preferences which will be taken up by Jesuits worldwide for the next ten years. These highlight areas where Jesuits will offer their attention and resources.

These are ‘the promotion of discernment and the Spiritual Exercises’; ‘Walking with the excluded’ – the poor, the vulnerable, the excluded and those whom society considers worthless, in a mission of reconciliation and justice; ‘Caring for our common home’ implying work, with Gospel depth, for the protection and renewal of God’s creation; and finally, ‘Journeying with youth’, accompanying young people in the creation of a hope-filled future.

The choice of these Universal Apostolic Preferences is the result of a two-year common discernment process by the worldwide Society of Jesus, which was started when the delegates of the Society of Jesus’ 36th General Congregation asked then newly elected Superior General Fr Arturo Sosa SJ to review the 2003 universal apostolic preferences.  These had prioritized ministries in China and Africa, the intellectual apostolate, the Jesuit Roman houses, and among migrants and refugees.

Only a few days ago, Fr Sosa passed on the four Universal Apostolic Preferences to His Holiness Pope Francis for his consideration. The Jesuits, unlike other religious orders, have a special fourth vow of obedience to the Pope. Pope Francis returned them to Fr General Arturo Sosa as a direct Mission from the Holy Father for the whole Society of Jesus, the largest male religious Order with 15,536 members as on 15th February 2019. 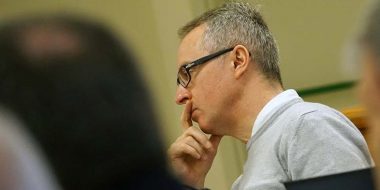 “It’s a new interpretation of our reality” underlines Fr. Gianfranco Matarazzo, Provincial of the Euro-Mediterranean Province, of which Malta forms part. “It’s inspiring and strongly spiritual. Jesuits around the world have been able to update their mission through this enriching process of listening and discerning. Our charism shows vitality and an ability to interact with current issues. In relation to the contemporary world, it has been able to express certain options and at the same time renounce to others, despite their importance and urgency. This is also evident when comparing the current reformulation of planning contents with the previous one “.

Which is the benefit of discerning together, despite being different contexts and resources?

“The way in which these options were formulated deserves attention: we have moved from the “priorities” of the previous planning to today’s “universal apostolic preferences”, to highlight more clearly the inspirational and spiritual character of these orientations. Therefore, they are not so much in the order of “norms” but rather in that of “indications” of a universal horizon to be adapted to the characteristics proper to each Province”, said Fr Matarazzo.

How much do universal preferences reflect the concerns of the Euro-Mediterranean Province?

“In this spiritual tension between horizons, I see an evident complementarity between the four universal apostolic preferences, which are inspirational, and the four objectives of the apostolic plan of the EUM Province, which are binding: Ignatian formation of apostolic leaders, the proclamation of the Gospel to the new generations, the care of the style of apostolic communities, the establishment of integral ecological ways of proceeding, whilst listening to the poor”, Fr Matarazzo explained.

1.      PROMOTING DISCERNMENT AND THE SPIRITUAL EXERCISES

We are in transition from a sociological Christianity to faith as a personal choice and commitment to Christ. Ignatian spirituality is centred on Christ and a deep personal relationship with Him.

The Spiritual Exercises of St. Ignatius of Loyola are powerful tool for discovering and living out the following of Christ, and the training of laypersons, priests and religious sisters who desire to live out their faith to the full.

They can help committed Christians develop a robust spiritual life. They offer the practice of discernment, for those seeking growth in faith and commitment. This would normally lead to a deeper sense of mission, with serious involvement in the care of our common home, the struggle for justice and equity, and serving vulnerable and excluded persons in our society.

The four-year course in spirituality and spiritual accompaniment offered by the Centre for Ignatian Spirituality has been particularly helpful in this sense.

Spiritual Exercises as well as Ignatian methods in personal prayer are in demand, as are different styles of prayer and recollection.

I am very happy and encouraged that the Society of Jesus has taken this priority. The Maltese Jesuits’ experience of the insertion community in Żejtun, which was open for twenty six years, was a very important grace for the ex-Maltese province. It was an experience of living close to the poor and excluded. I know firsthand that through this experience we have learnt a great deal from them. Their attitudes and vision of life have often inspired us. Through this experience we have come closer to Jesus and have been able to understand His Beatitudes much more deeply. It has also helped us to understand our vocation as Jesuits to be at the frontiers, building bridges in Society and fostering social dialogue. In Malta there are divisions and prejudices built on class and political allegiances. Living close to the people on both sides of the divide has helped us to discover this very important aspect of our call to be followers of Christ fostering social dialogue and reconciliation.

It was through living close to the people that we learned of important social challenges such as illiteracy and through a bottom up approach we set up the Paulo Freire Institute as an instrument to foster literacy and empowerment among the poor and emarginated, thus striving to work for a more just society. This would never have been possible without living close to the people and listening to the cry of the poor.

Prejudices in Maltese society do not only exist between different areas, social classes and political beliefs. There is a strong racial prejudice towards irregular migrants from Africa. The Jesuit Refugee Service in Malta was set up more than thirty years ago to accompany, serve and defend the rights of asylum seekers and forcibly displaced persons who arrive in Malta. Walking alongside asylum seekers has helped Jesuits in Malta to get to know them as human beings (surely not as burdens). It has also meant sharing in their pain, defending their rights, empowering them, receiving insults and even suffering arson attacks.  This has surely helped us come closer to Christ and share in His Joy and love for all of humanity.

All those who are familiar with Ignatian Spirituality know that Ignatius found God everywhere: in the poor, in prayer, in Mass, in his mission, but also on a balcony of the Jesuit house in Rome, where he used to spend hours looking silently at the stars at night. During these times he would shed tears in wonder and adoration. I believe that the first step in our journey of reconciliation with creation is the rediscovery of a sense of awe in front of the gift of creation. We are so immersed in our busy and hectic lives that we often fail to look up and become aware of the beauty around us.

In the encyclical Laudato Si, Pope Francis stresses that caring for our common home cannot happen without a personal and communal conversion. The word conversion entails not only a recognition of what is wrong with our habitual way of doing things, but also a serious and radical change of direction in our way of life. Unfortunately, when it comes to the local context, a “business as usual” attitude in the way we travel, consume, live and make money will result in huge ecological loss. But so will cosmetic changes which are not far reaching and drastic enough.

In fact, the ecological challenge in front of us might seem to be daunting and overwhelming. But as people of faith, we cannot lose hope and just give up. In the words of Pope Francis our responsibility within creation, and our duty towards nature and the Creator, are an essential part of our faith (Laudato Si, Par 64). And our faith is always a faith of hope and never of despair, of light in darkness but not of destructive passivity or cynicism. We believe in a God who provides water from a dry rock (Ex 17, 6) and in this time of ecological crises, we pray that He will provide us with the strength we require to work, with Gospel depth, for the protection and renewal of God’s Creation.

In the Maltese context, we Jesuits mainly work with youth at St Aloysius College, at the University Chaplaincy and in Christian Life Communities. We are blessed with the presence of many young people whom we accompany every day and many adults who grew up close to us and who support our mission.

As a direct answer to the invitation of Pope Francis during the Synod of Bishops on youth and in line with Fr General’s choice of ‘journeying with youth’ as an Apostolic Preference for the Jesuits today, the Jesuit residence next to the University of Malta, Dar Manuel Magri, is being refurbished so as to offer a place where young people at University, members of the Christian Life Communities and others can meet up in a place where they will feel welcome and supported.

What is an Apostolic Preference?

Has the Society of Jesus previously undertaken this type of endeavor? If so, when?

What do the Universal Apostolic Preferences mean for current ministries and missions in our Provinces?

What happens in 10 years? Where do we want the Society of Jesus to be?

Through all this process, and for the future, we have to recall that we are utterly dependent and reliant on God. Almost 500 years ago, Ignatius wrote in the Constitutions,

“The Society was not instituted by human means; and neither is it through them that it can be preserved and developed, but through the omnipotent hand of Christ, God and the Lord.”