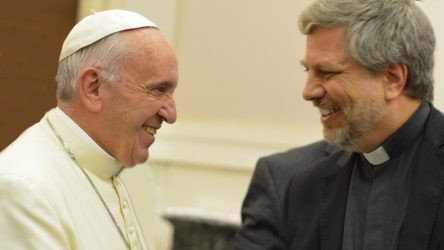 TAG
The synod on “Young people, faith and vocational discernment” will take place in October 2018.

The Jesuit Publication Aggiornamenti Sociali received with joy and gratitude the news, announced yesterday by the Vatican, of the appointment of its Director Father Giacomo Costa as Special Secretary of the XV Ordinary General Assembly of the Synod of Bishops – The synod on “Young people, faith and vocational discernment” will take place in October 2018.

Along with Father Costa, Pope Francis also appointed Fr. Rossano Sala, a Salesian, as a Special Secretary of the Synod.  Fr Rossano is a Professor of pastoral theology at the Pontifical Salesian University and Director of the “Note di Pastorale Giovanile” publication. 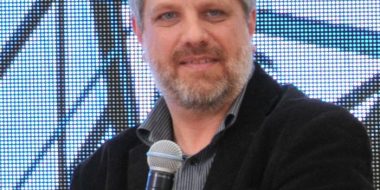 Born in Genoa in 1967,Giacomo Costa joined the Society of Jesus in 1992 after graduating from DAMS-Musica at the University of Bologna and following his employment with the civil service at the San Marcellino Association for homeless people. In addition to philosophy and theology he holds a Masters Degree in Political and Moral Sociology with Luc Boltanski at the EHESS (École d’Hautes Etudes en Sciences Sociales) in Paris, which he read while living and working on the outskirts of the city in Saint-Denis.

In 2005, after a two-year term at the Pedro Arrupe Institute of Political Education in Palermo, he joined the editorial staff of Aggiornamenti Sociali, becoming Director in 2010, succeeding Father Bartolomeo Sorge. He is also President of the San Fedele Cultural Foundation in Milan and Vice President of the Fondazione Carlo Maria Martini.

For several months, Father Costa was called upon by the General Secretariat of the Synod to collaborate in the preparatory stages of the Synod.  On this link a more detailed biography of Fr Costa is available, together with all of his publications.

As emphasized in the first part of the synodal document, in particular through the Preparatory Document (available in various languages ​​on www.vatican.va), the 2018 synod will not be “about” young people; the fundamental question which the Synod fathers are called to confront is how the Church, in the light of faith, is called to accompany young people in their fundamental life choices: study, work, affective relationships, social and ecclesial commitment.

The Preparatory Document states several times that attention is not to be focused solely on the intra-ecclesial practices of youth pastoral care: the question is also directed to the accompaniment of all young people, ‘excluding no-one ‘, adopting the pastoral care attitude that characterized the previous synod for families, and the encyclical Laudato Si, on the care of the ‘common home’.

Although the Synod is made up of Bishops, it is equally important that young people themselves are listened to and involved in the synodal process. The Synod site offers a questionnaire specifically addressed to young people aged between 16 and 29, which is to be filled in by December 31st.  It was announced that a pre-synodal meeting with young people from around the world will take place from 19 to 24 March 2018.

For a closer understanding of the meaning, goals and challenges of the Synod, reference should be made to the Editorial “Giving space to Young People“: a Synod that questions everyone, published in the April issue of Aggiornamenti Sociali, by Giacomo Costa himself.

DUTIES OF THE SPECIAL SECRETARY

As stated in the Bishops’ Synod Regulations, updated in 2006 by Pope Benedict XVI, the Special Secretary – whose appointment is decided by the Pontiff – carries out the following tasks: “Assisting the General Reporter in all his work; coordinate, under the direction of the same, the work of the Experts and is also in charge of the preparation of Propositions or other documents to be submitted to the Fathers’ vote.”